A Valley teen's life may have been cut short, but he did go on to help save others by giving the gift of life. This weekend, a NASCAR driver is honoring the teen's memory. FOX 10's Danielle Miller reports.

PHOENIX - A local organ donor is being honored this weekend at the NASCAR Xfinity Series semi-final race, where a driver will feature 18-year-old Dylan Barrier's photo on his car.

The Donor Network of Arizona teamed up with the driver, Joey Gase, to feature Barrier. 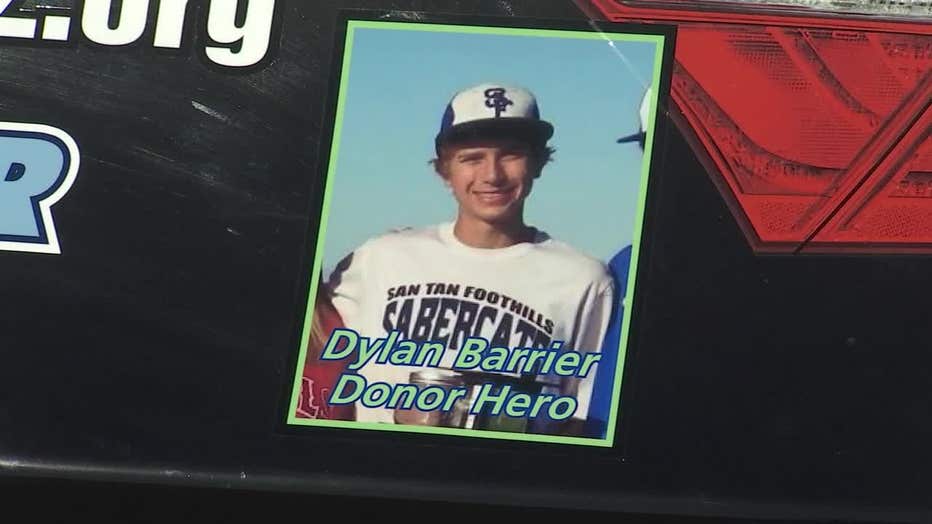 As racecar driver Joey Gase gets ready for a big race at the ISM Raceway this weekend, he's giving back. For every race, his car features a local organ donor hero, and on Thursday, Stephanie Barrier learned that local hero is her son, 18-year-old Dylan.

"It just makes me feel so good inside, and I know that he's up there smiling and very excited about this too," said Barrier.

Dylan passed away in May after a skateboarding accident. Shortly before his death, Dylan became an organ donor.

"That was his goal in life, to help other people and do what he can to make other people's lives better, and he was adamant about registering to become a donor register, so we registered him, not thinking he would need it a year later," said Barrier. 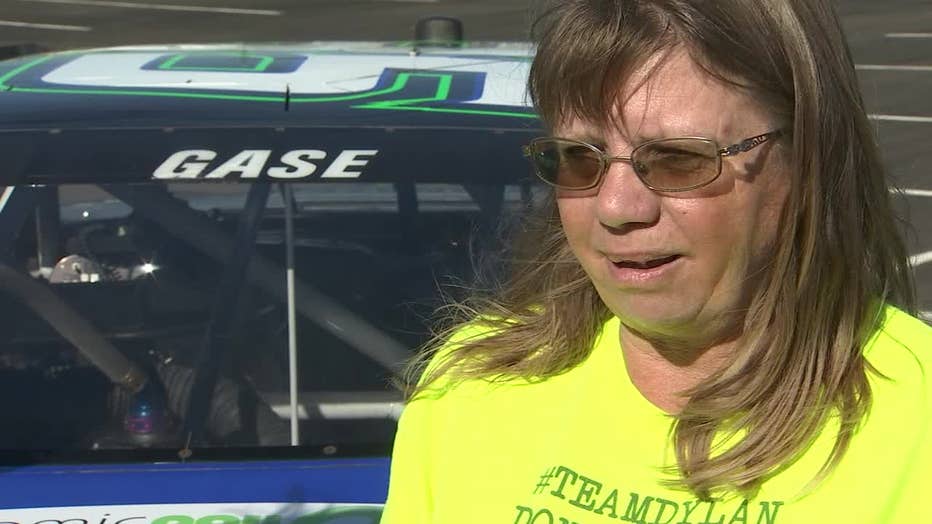 Gase has been connected with the Donate Life organization since 2011, after his mother passed away. Like Dylan, Gase's mother helped save the lives of many through organ donation. 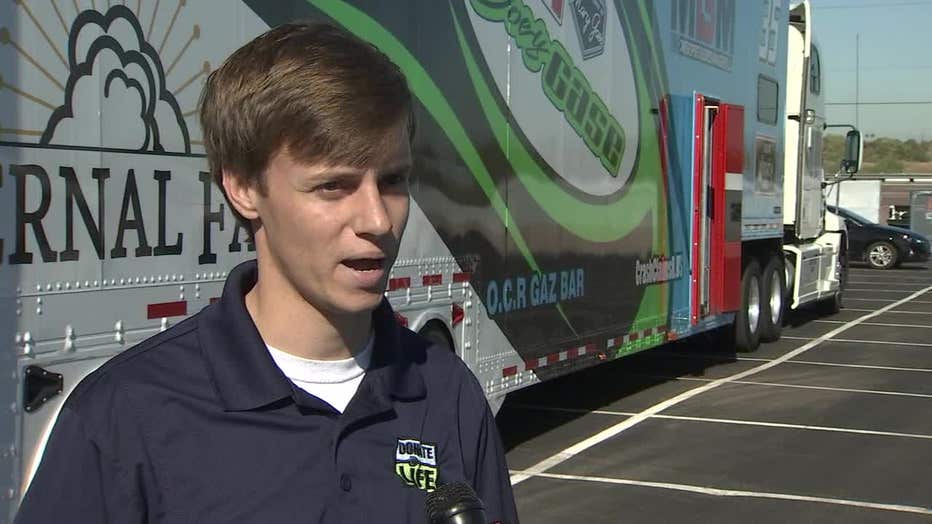 "He saved lives by being a donor, and now, he's saving lives by raising awareness for it, and the thousands of people watching the race this weekend will be able to see his picture and they'll ask why is that picture on there, and we get to tell them why and why donation is so important," said Gase. 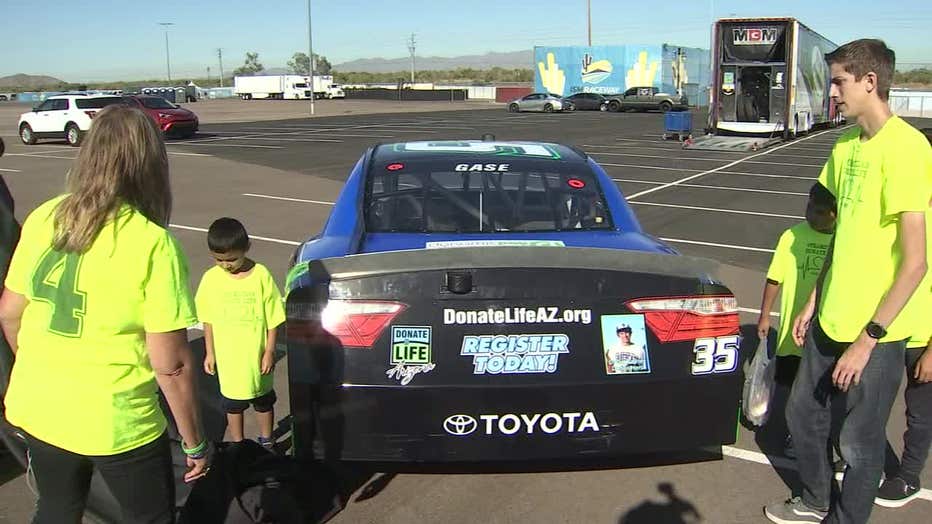 The Barrier family got to keep an exact replica of the bumper with Dylan's picture to take home.